The patented Particle Impact Drilling (PID) technology is a mobile system that readily adapts to typical conventional drilling rigs. The system will be provided and operated by PDT as a service to the oil and gas company for drilling certain rock intervals; specifically in wells where penetration rates decrease due to extreme compressive strength of the formations being drilled.  Tests have shown that the PID system is capable of drilling through rock formations at rates multiple times faster than current conventional techniques. 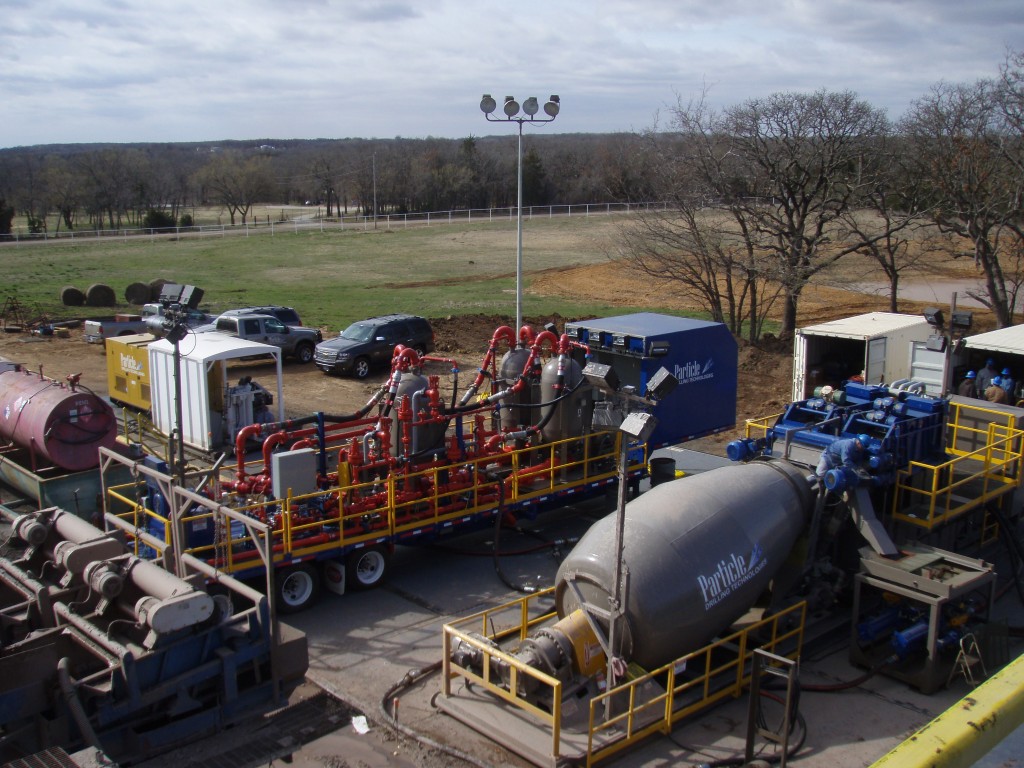 The system relies on readily available hydraulic energy combined with round hardened steel particles entrained in the drilling fluid to rapidly excavate the rock formation being drilled. Unlike conventional drilling techniques, the process does not rely on weight-on-bit and torque to mechanically break the rock. Steel particles are introduced into the drilling fluid at a point downstream from the rig pumps, thus not interfering with the normal operation of the rig pumps. These particles then flow down the drill stem and are accelerated through the nozzles of a specially designed fixed-cutter bit, striking the formation at high velocities. The particles and cuttings are circulated to the surface by the drilling fluid where a shot-extraction device captures the particles for re-injection. The PID application results in significant rate-of-penetration gains, thereby reducing the amount of time the operator spends on location to drill the well. Value is generated by savings in labor, fuel, rentals, rig time and other variable well costs, resulting in a much more efficient and cost-effective drilling process.

The reduction in drilling time and reduction of other drilling problems resulting from the utilization of the PID system represents estimated savings between 35% and 50% of conventional drilling costs. 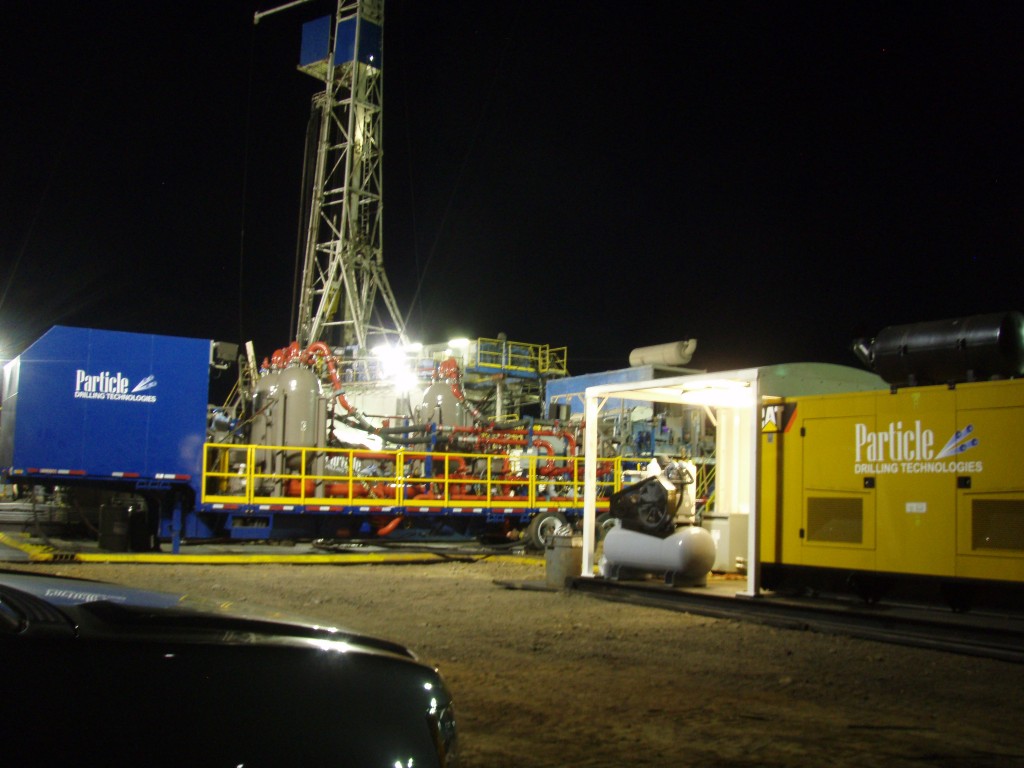 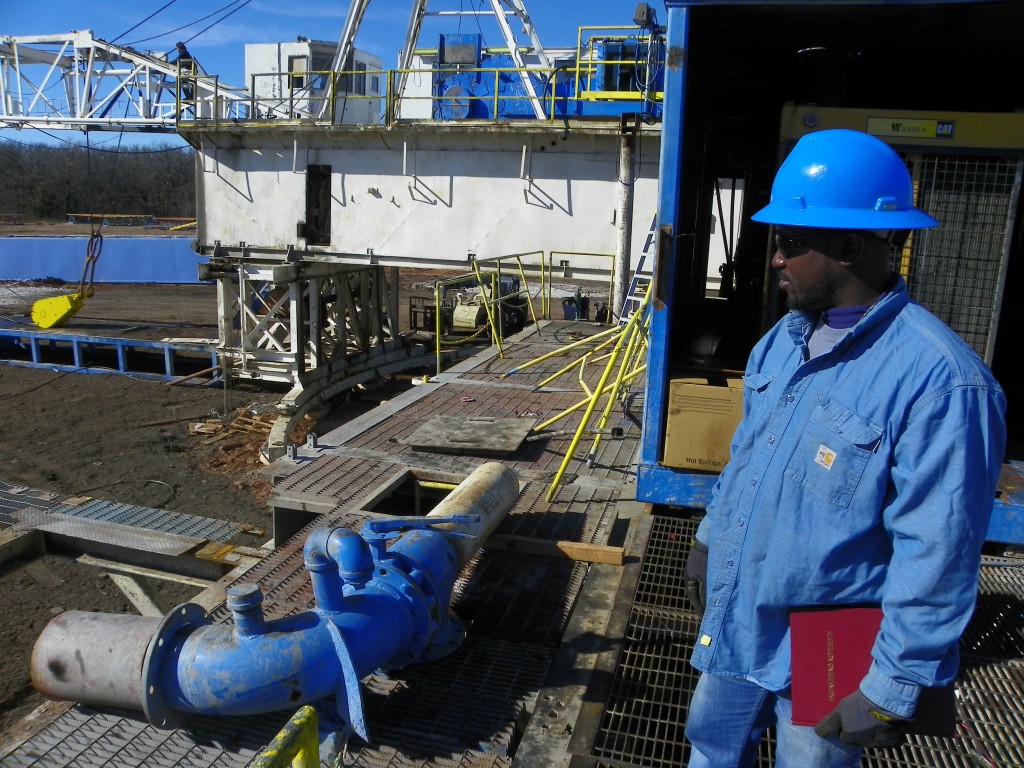 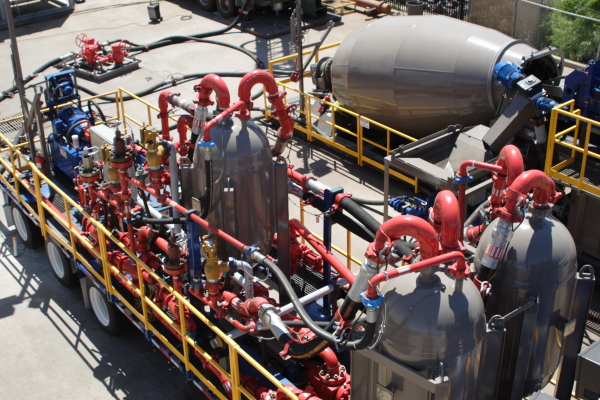 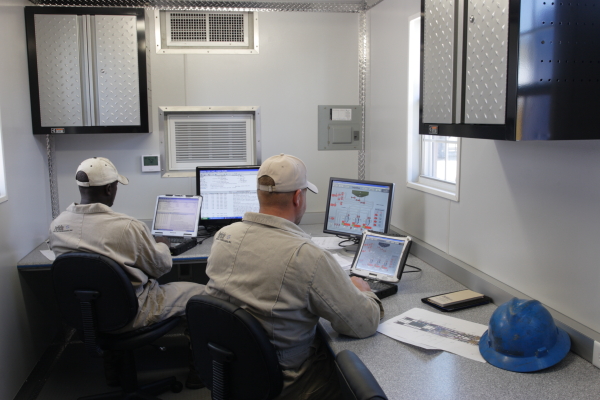 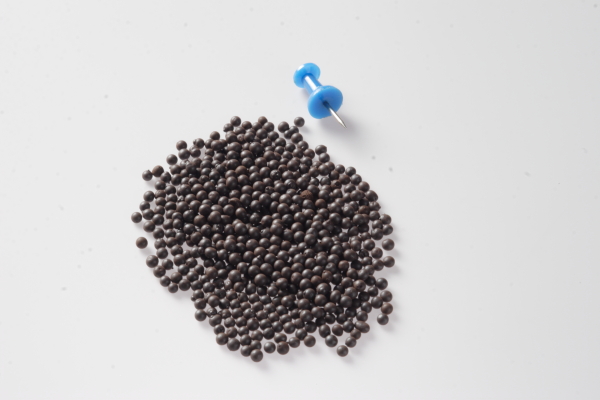